At this year's E3 we spoke with Alkis Argyriadis, the creative director on Just Dance 2014, and found out what new features are coming in the latest instalment of the franchise.

"We have plenty of new features, but for us of course we improved a lot the core of the game," Argyriadis told us. "The track list is huge this year; we have the most recent hits, we have the top billboard artists like Nicki Minaj, Psy, and One Direction. But of course we still have some good old stuff to dance to, some classic anthems that we 'Just Dance-ify', and the track list is awesome."

"We are so happy to work on this game, because of its diversity, its eclecticism, and we are so happy to propose to the gamers a different experience with some kind of little music video for each song," the game's creative director later added.

Fans of the series will be interested to hear what is going to be new in the next instalment. On that subject Argyriadis had this to say: "For the first time we have an online mode for Just Dance, with a kind of massively multiplayer online mode, and it's very fun because each of the players worldwide can play together at the same time on the same song, and they can share their videos - what we call ‘auto dances'," he said. "As soon as you have a camera-enabled platform, you have these funny videos at the end of each map, that you can share with your friends on the community, on Facebook, on Twitter, and on Just Dance TV."

Just Dance 2014 is coming to PS3, Xbox 360, Wii U and Wii on October 4, with next-gen versions of the game set to follow thereafter.

One Direction and Robin Thicke. Yay!

Just Dance 2014 is a "little music video for each song"

We found out more about the new features coming in the latest version of Ubisoft's popular party game. 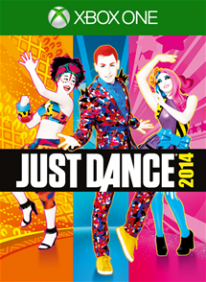