June's PS Plus line-up has reportedly been leaked by Spanish site Area Jugones ahead of an official reveal from Sony. According to the source, the three games that subscribers will next month are Star Wars: Squadrons, Operation: Tango, and Virtua Fighter 5: Ultimate Showdown.

What is interesting is that two of these are brand-new games. Operation: Tango is co-op only spy thriller that is scheduled to release June 1 and Virtua Fighter 5: Ultimate Showdown has yet to even receive an official announcement for PS4. The third game, Star Wars: Squadrons, is an intense dog fighting title set within the popular film universe that only released last October. You can take a look at our review for the game here.

Of course, this should all be taken with a grain of salt, but it's worth point out that the same outlet accurately leaked May's PS Plus games, so it appears to have a sound track record. 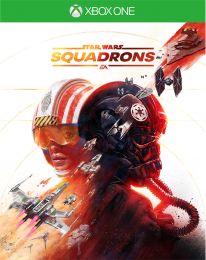