Unsurprisingly, June is yet another lackluster month when it comes to Games with Gold offerings. The Xbox One games this month are The King's Bird and Shadows: Awakening and on Xbox 360 they are NeoGeo Battle Coliseum and Injustice: Gods Among Us.

It really says something about the quality of the month when the standout game is Injustice: Gods Among Us, a brawler that released way back in 2013. Laughably, it's not even the best version of the game available too, as versions on PS4 and Xbox One were also released and have more refined visuals.

You can take availability of this month's four games below:

"Without the fandom, you're more likely to see the shortcomings of Injustice: Gods Amongst Us."

He did it with Mortal Kombat X, and apparently he's doing it again.

Said to make use of the Mortal Kombat X engine.

Injustice and Secret Ponchos on PS4. Deadly Premonition and Hitman Trilogy on PS3.

AAA is finally hitting the Instant Game Collection on PS4 next month.

Injustice heading to PS4, but not Xbox One

Ultimate Edition to include all DLC, also heading to PS Vita. 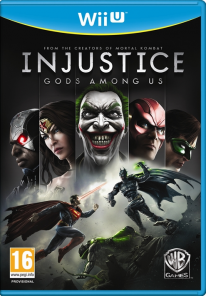