The game was initially released on PS4, in 2018 in Japan. Later it also made its way to the rest of world in 2019. Then, earlier this year in April, Judgment also landed on PS5, Stadia and Xbox Series X/S.

If you don't know yet, Judgment lets you play as Takayuki Yagami, whose reputation was ruined after a dramatic event in his career life when he was still a lawyer. 3 years after the above mentioned incident, Yagami has become a private detective and there's a serial murder case waiting for him to investigate, this journey might change his life again. Want to know more about the game? You can check our review here.

The game officially launched in 2018 on PS4, but has since released on other platforms over the last few years. 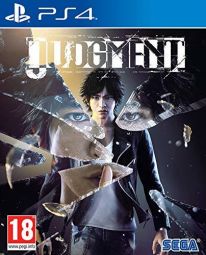