Jonas Lygaard is someone we've talked to in the past about all things PES and related to the PES League esports competition, and during the Finals in Barcelona this past weekend he talked to us about the players, and how he envisions them being role models for the future generations as well.

"The pro clubs getting in also - you have that element of the pro players getting signed by the clubs, representing the club, and then you also need to [...] remember grassroots elements, where the kids can look up to the superstars. It could be Ettorito, Alex [Alguacil], or any of these players here as the superstars. You want the kids to have some idols. We had those when we were kids where we looked up to Beckham [...] looking up to them as idols. We want the players, we want the PES League players to be those idols for the kids so they can look up to them and hope to become them in the future."

"So yes, we have seen PES League go this way. We are still finalising the last pieces around the new PES League for PES 2019 [...] it's going to be a very exciting next couple of weeks."

Do you think that esports players can become the new idols for kids? 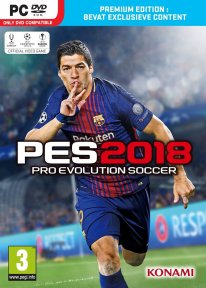