Hazelight's co-op driven adventure It Takes Two has risen to become the best-received game of the year so far on Metacritic. Major outlets were allowed to publish their reviews of the game yesterday, and it was met with critical acclaim and achieved an aggregate critic score of 90.

Prior to its release, it was Super Mario 3D World + Bowser's Fury that held the top spot with an overall score of 89. If we're looking at completely new experiences that released in 2021 (3D World originally launched on the Wii U back in 2013), then Hitman 3 and the recently released Monster Hunter Rise would have shared the top spot with a joint score of 87.

Our review of It Takes Two might not have been as glowing as other critics, but we still enjoyed what it had to offer. Within our review, we said: "A new standard for co-op in games has been set, by which all other similar titles will be judged for quite some time."

It Takes Two is getting an hour-long demo at launch

The co-op only game is still set for March 26. 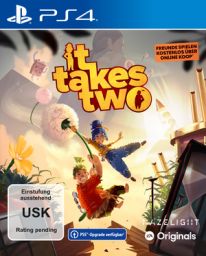