RPG Vampire: The Masquerade - Bloodlines is something of a cult classic. Although full of technical problems, it was still appreciated by a loyal and vocal fan base. With that in mind, there's plenty of people out there who would be interested in a sequel.

So it'll be interesting news for fans to hear that publisher White Wolf has recently filed for a trademark for Vampire Bloodlines. Does this mean that a sequel will finally emerge from the darkness?

It could be that the company only wants to protect the trademark, but without having concrete plans to make a sequel, something that is quite common in the industry. White Wolf is owned by Paradox Interactive (who bought the company last year) and fans of the series would of course love a new Vampires game. The question is, will they get one?

Paradox Interactive and White Wolf spent some time during GDC presenting what they're looking for in developers interested in making games using White Wolf IP. It's appears as if they're looking to start multiple projects and a sequel to Bloodlines would be a slam dunk, remains to be seen if they can find the right developer for Bloodlines 2. 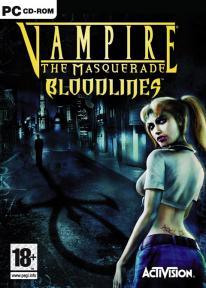