Without any explanation, Team Soul - the Bandai Namco studio behind Soul Calibur - has launched a poll in which they want to know who is your favourite character from the series:

"Calling all SoulCalibur Fans! Project Soul would like to hear your voice. They need to determine precisely who are the favourite characters of the community!," reads the post before adding, "Project Soul is probably preparing something huge... Stay tuned and spread the news!"

The poll will be open during the month ahead, so make your way over and have your say. Unless Team Soul are merely curious, this could well be the very first sign that a new Soul Calibur is in the making. Forgetting about Lost Swords, the free-to-play game that launched in 2014, the last game in the main series was Soul Calibur V, and that was released for PlayStation 3 and Xbox 360 three years ago. 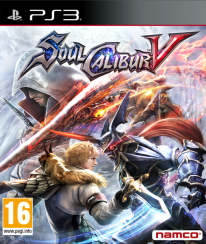