Back in August Arms fighter Lola Pop was teased on Twitter, and now the game's Japanese Twitter account has released another picture which may or may not be teasing another new addition to the fighting game.

The picture is pretty mysterious, featuring lush ruins in what looks to be a jungle setting, so perhaps we'll get an official announcement of something for the game along these lines soon. What would you like to see from it?

REVIEW. Written by Magnus Groth-Andersen on the 7th of June 2017 at 15

"Beyond adding new fists to your characters, Arms ultimately offers the same experience across all of its modes."

Min Min is declared the ultimate champ as Nintendo says goodbye to the novel Switch brawler.

Yabuki thinks it's "too early" for Arms 2 on the Switch

The first game will keep getting updates.

Characters have been tweaked, and dashboard features added.

Her own experiments have led her to becoming a fighter.

It'll bring a new fighter to round off the year. 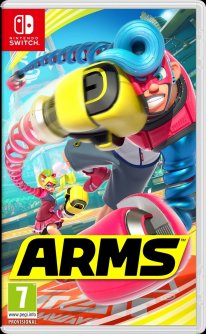