Have you ever tried Valkyria Chronicles on PC or PS3, or even Valkyria Chronicles II on PSP? If you enjoy strategy games and haven't checked them out, then we'd recommend that you do. The series is an interesting hybrid of turn-based and real-time combat, and offers charming visuals to boot, and this mix has meant that the under-rated series has established a loyal - albeit small - fan base in this corner of the world.

Interestingly, according to Gematsu, Sega has filed a trademark called Aoki Kakumei no Valkyria in Japan. That translates to "Valkyria of the Blue Revolution". It's not yet known what this actually relates to, for all we know it could be a mobile game, or even a pachinko machine. But maybe, just maybe, it's a brand new entry in the series. We're crossing our fingers and hoping for the best.

Original RPG making its way to the hybrid console.

Is Sega working on a new Valkyria Chronicles game? 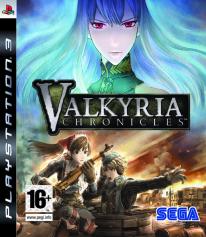