Blue Tongue Entertainment's de Blob was released on the Nintendo Wii all the way back in 2008, but if listings from website Game Fly (which lets you buy and rent games) are anything to go by, the game could be coming to some current-gen consoles.

The website lists the game both for PS4 and Xbox One, with the former having an E (for 'Everyone') ESRB rating, whereas the latter has a 'Rating Pending' attached.

There's no box art on either, and this is far from an official confirmation, but it's still interesting nonetheless. Would you like to revisit de Blob on either of these consoles? 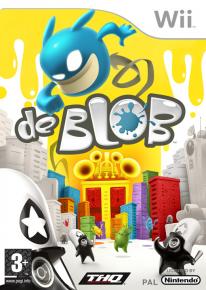