The cult classic Darksiders may be getting a remaster on PlayStation 4, Xbox One and Wii U. At least, that's what the rental service Gamefly (as spotten on NeoGAF) seems to think as they've just listed the game for said formats.

The sequel, Darksiders 2, got its own remaster some time ago so it's not impossible that there's an interest to give the original the same treatment. Especially since it's widely regarded as the better game out of the pair, and current owners Nordic Games have said they have an action-adventure planned for Wii U (not an exclusive), so the evidence seems to fit nicely together.

Again, this is in no way, shape or form an actual confirmation of that Darksiders is heading to the current generation of consoles but these kinds of leaks quite often turns out to be true in the end. 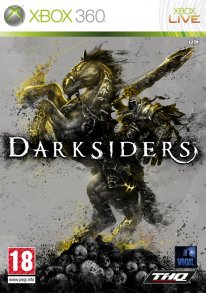