There are rumours making the rounds that Blizzard will be bringing Diablo III to Nintendo Switch. The Californian company has often expressed interest in the Nintendo hybrid console, even if the company has yet to publish anything on the platform. However, there may be interesting news on the horizon for both Diablo and Switch's fans, if the mysterious video posted on Twitter by Blizzard is any indication.

The brief clips shows a Diablo night lamp, in which a hand continues to turn it on and off. A Diablo switch... The short video is accompanied by a concise message in which they write "Sweet Dreams" and no further information. 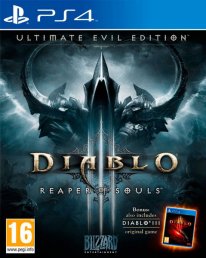