I had doubts when I saw it was King Art that had taken on the task of developing a game based on Iron Harvest. These doubts then escalated to fears when I saw the file size was a measly 10GB. Fortunately, though, I can delightfully tell you all that those fears have been put to shame.

But before we get that far, let's start at the beginning. You might remember the fantastic shooter Iron Front, set in an alternative reality, where the first World War never ended. It gave room for some alternative weapons and technology developments, and the same is the case with Iron Harvest. It's set in the "1920+" universe and created by Polish artist Jakub Rozalski. It's style blends post-Polish-Soviet wartime with dieselpunk aesthetics and technology and has been used as a setting for the board game Scythe. The artwork is magnificent but has a high degree of positive Polish nationalism.

We are in the years after the First World War, which has devastated much of mainland Europe, and campaign-wise we are looking at three separate countries and their struggles to stand against enemy onslaughts. And no, you can't decide what country you play as, the campaign is one long series in three chapters with each faction and their viewpoint represented in the over-arching story. It may not be super original, but it would make a great action movie. What I mean by that is that there's plenty of drama and high stakes. Especially if you like kids with sniper rifles and ferocious bears.

The story so far is that Polania (definitely not Poland) is at truce with Rusviets (definitely not Soviet Russia) and Saxony (definitely not Germany). This is all fun and games until Rusviet shotgun soldiers show up at a small Polania village where the initial hero of the story resides. Be prepared for some good ol' "wtf" moments. It's steampunk with a twist, but if you liked the universe of Dishonored, you will love this as well.

This is a classic RTS game with the main focus being on both multiplayer (and yes, 3v3 battles are extensive and can be confusing - it's war after all) and a lovely campaign, but more importantly, there are a few things to consider. On the bright side, you only have oil and steel to worry about and a surprisingly limited amount of troops. That means if you already know classic RTS strategy and positioning then you're in good familiar hands here.

And like another classic RTS, Company of Heroes, units are basically useless if used wrong but are as versatile as hell. Did the dead enemy drop some nice weapons? Well, use them. Did you find a weapons cage that has flamethrowers in them? By all means, upgrade your almost useless riflemen to pack a punch later in the fight. It's also an ideal way to deal with Mechs, if you haven't got your own, find some anti-armor and see them run for their lives.

Like the infantry units, the mechs themselves come in a wide variety. Some are, for instance, only for suppressing up close, while others are for long-raged combat. Some are even basically armored personal carriers. One type alone doesn't do the trick, and unprotected mechs meet a swift and explosive end if not backed up.

But life is dangerous. Field cannons, exosuits, and even large mechs live a dangerous life, especially as the AI has a nasty habit of surprising you. And while your hero is extremely powerful, they will die if you are not careful, and a heavy counter-attack will overrun your defenses if you aren't paying attention. All of this is to say, that while Iron Harvest gives you a lot of options to defeat your enemy, the enemy itself has a lot of options for defeating you, and it's that chess match that makes for excellent entertainment.

Most maps have multiple ways of doing things, and running straight for the enemy with the heaviest mechs you can find is viable, but it is often a very costly strategy and sometimes not doable at all. Combine that with the destructible environments and what you have is a very engaging set of battlefields throughout the campaign and in multiplayer as well. One problem though is that it doesn't really retain the popping colors of Rozalski's best work, it's just a lot of grey and brown, which is sad.

Even though King Art has managed a quite tight balancing act here, there still are some issues that emanate throughout the whole thing. Balancing problems, for example, do arise from time to time and leave a bad taste in your mouth when you play. You generally get a lot more resources, a lot, more than you need. The population limit also makes it hard to have all the fun you want as you can't field unlimited heavy armor war hosts as you like.

There is also a lack of some basic unit controls, like adding a unit to an existing numbered group, and simple things like how to change direction for direction-oriented structures are not explained at all. And while the enemy AI is competent, putting pressure on you while you have limited resources, it also seems like the difficulty is randomised. The tutorial, in reality, also lasts for three hours. The unit portrait should also be able to scale so you can see all your units at once. You know, small things.

On the bright side, it's hard not to acknowledge the solid gameplay mechanics. I especially like the use of terrain and cover, and how important flanking is when fighting the opposition. That is unless you have mechs, then you just waddle straight into buildings, go through sandbags, and will most likely get shot in the rear by anti-panzer infantry or a hidden field cannon. This is also a problem as the combat can be rather heated and intense at times, so some swearing must be expected when the Ruviets bring a Titanic-sized ray-gun to a pistol-duel.

While the initial game is easy to learn, it is slightly harder to master, which is necessary if you want to survive in the campaign, the skirmish maps, and the multiplayer battles. Even though this game hasn't been released yet at the time of writing, it has already become an esports title, which to my mind speaks volumes of the strategic levels at play. While not the most obvious one, the tactical skill needed to win a multiplayer match does make great sense for esports, and while my direct experience with it is limited, it was impressive to witness.

On a technical level, the press review copy I played was the latest beta, with everything unlocked, and there were only a few glitches here and there like my Razer Synapse going completely crazy when the game starts. I do worry a bit, as 35fps on a 1440å monitor using an RTX2080 and a Ryzen 3900X seems like a heavy load. The graphics are decent without impressing in cutscenes and, while it could be nicer, that is not what it's about.

Overall, King Art has provided rock-solid gameplay, despite its lack of experience with the genre, and it's evident from start to finish, that Rozalski's universe has been brought to life with care. It plays great, sounds great, and even looks decent at times, as long as you are willing to put up with some growing pains. 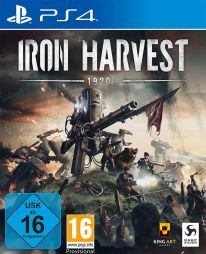