Deep Silver and King Art Games took part in the PC Gamer Show recently and revealed that Iron Harvest, their new RTS game set in 1920+, is now available for pre-order for PC. On the occasion of the opening of pre-orders, a new trailer was also released and you can check it out below.

The exclusive Iron Harvest Collector's Edition was also announced, drawing inspiration from the Diesel-Punk universe of this amazing experience. It contains:

Iron Harvest will be released on September 1 on PC, while the PlayStation 4 and Xbox One versions will be available later. 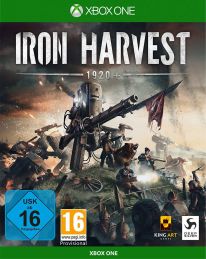