Gamesradar caught up with Jens-Peter Kurup, ten months or so after completing Kane & Lynch: Dead Men, and asked him about the negative reviews and internet backlash the title suffered.

"Even though we received nice scores in a lot of the mainstream and lifestyle press, the more specific gaming press started to give it mediocre scores, and we knew that we wouldn't hit our Metacritic mark. That felt confusing and unfulfilling, but by and large I was still emotionally unaffected by the criticism. I agreed with the existence of most of the game's issues and I knew that it was all something we could deal with professionally when the team took the franchise forward.

Then GameSpot reviewed the game. And they didn't like it one bit.

I'm not quite sure why, but I remember that review hit the team like a hammer. You can just 'absorb' a bad score but there was something in the tone of that review that was tough on people, and on me."

On the issue of pros and cons of internet hype Kurup said the following...

"It did feel like K&L received some kind of backlash effect on being hyped a lot before release, but I can't really judge to be honest.

To me, the positive sides of the 'net far outweigh the problems. It's an incredibly important factor for us when we produce games since it gives us some bearing as to what catches peoples' imagination in a given concept. Having forums and fansites also accumulates an enormous amount of knowledge."

For the full interview check out Gamesradar.

No information on IO Interactive's next release was revealed in the interview, but Kurup says the criticism has affected the development a lot.

Gamereactor also ran an interview shortly after the release of the game with Jens-Peter Kurup about the reactions it had gotten... it can be seen here. 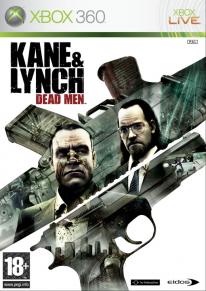