Eidos and IO Interactive have revealed the next project from the studio behind the Hitman series and most recently Kane & Lynch: Dead Men. Mini Ninjas is a game seemingly far removed from their earlier work, and it is coming to a wide variety of formats.

"Mini Ninjas represents a truly special game for us," said Niels Jørgensen, General Manager of IO Interactive. "The whole team is very excited about it, because it is unique in so many ways. From the art style to the characters and the depth of the game - Mini Ninjas has that exceptional appeal, which is sure to keep both young and old very entertained."

REVIEW. Written by Mysil Bergsprekken on the 10th of September 2009 at 14

Can you lay an egg?

Next from IO Interactive 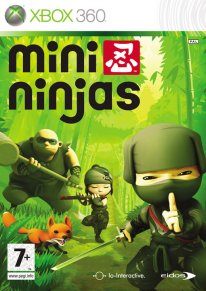