Inxile Entertainment was a fairly small developer when it became a part of Xbox Game Studios back in 2018. But since then, the studio has grown. A lot. The well known insider Klobrille has now discovered (via LinkedIn) that the company has passed the milestone of 100 employees for the first time.

Right now, the recently delayed Wasteland 3 is the only known game under development from Inxile Entertainment, and it will be released for PC, Playstation 4 and Xbox One on August 28. It would seem likely though, that the developer's next game is in pre-production as well at this point.

The DLC is called The Battle of Steeltown and it'll be available on PC and consoles.

Wasteland 3 gets a lot harder today with Death & Taxes

The latest update is adding permadeath modes and a Respec feature. 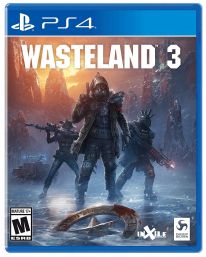