Fire Emblem: Three Houses was a huge hit from the day it was released, and we've reported about how it rapidly became the series fastest-selling title ever and also gave it a really high score in our review. But Intelligent Systems has also had other successes with the series, as their smartphone game Fire Emblem Heroes actually is the Nintendo mobile game that has made the most money out of all of them so far.

And this has gotten consequences for the developer, who can now invest for the future. They have a whole lot more staff now with 169 employees, which is their highest number ever (31% women, also a record). Back in 2011, they were 130 employees, as a comparison.

What Intelligent Systems will be doing next is unknown, but chances are it will be Fire Emblem related and also their biggest project yet which is something we're looking forward to. 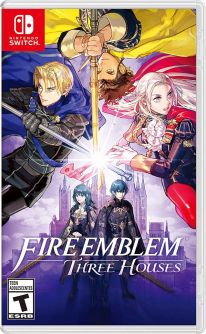