Recently, we got to play an extended chunk of the upcoming Resident Evil 3, which you can read about right over here, but it's already been confirmed that just like its predecessor, you'll be able to try it for yourself in not too long, thanks to a demo that's set to land before the game's full release.

But when exactly will this demo arrive? Well, one insider known for being right about Capcom-related intel seems to know when. In a very short and to-the-point message on Twitter, Dusk Golem, or Aesthetic Gamer, has claimed, that the demo will release on March 20 (with the full game set to land on April 3).

The demo for Resident Evil 2 was released on January 11 2019, two weeks before its worldwide release on January 25, so perhaps it's not so farfetched. What do you think? 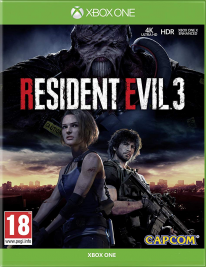