If someone had told me during my teens that I would get to play as Iggy Pop in a music game based on Lego, I probably would have gone straight home and thrown out all my Stooges-albums. 10 years later, it actually makes me look forward to Lego Rock Band even more. And today Harmonix have decided to share a bunch of screenshots of the iconic rock/punk legend in all his Lego glory.

Take a look below and decide for yourself how rock'n'roll it is for a plastic figurine to sing The Passenger. Also note the bare chest, almost eerily life-like.

From All American Rejects to The Zutons

Bare chest and everything!

A family friendly and blocky experience 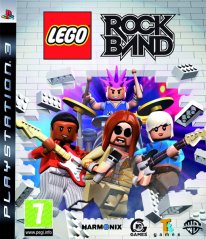