The Skyward Sword HD port for Switch wasn't the only Zelda-related revealed during last night's Nintendo Direct. We also learned that Hyrule Warriors: Age of Calamity would be receiving an Expansion Pass starting on May 28, 2021. The Expansion Pass doesn't look to include any new story content, but there is a few fun additions sprinkled throughout.

The Expansion Pass is comprised of two different parts with the first content drop coming in June and the second in November. The first wave includes newly added weapon types, an expanded roster, newly added challenging enemies, and new challenges in the Royal Ancient Lab. The second wave is set to include newly added stages, an expanded roster, new battle skills for existing characters, and new character vignettes. Those who purchase the Expansion Pass before May 28 will also unlock an exclusive new weapon and a new costume for Link.

Hyrule Warriors: Age of Calamity Expansion Pass to bring DLC later this week and in November

The Musuo title gets even bigger. 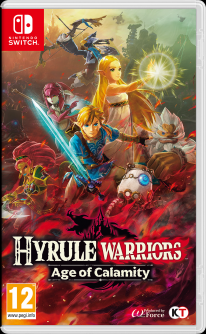