Gaming peripheral manufacturer HyperX has been named as official global partner of the 2021 NHL Gaming World Championship. The deal is set to see HyperX outfit the broadcast team and qualified competitors with headsets, as well as engaging in community giveaways on Twitch during the event.

"As we have paused live special events temporarily due to COVID-19, having the best equipment for our competitors in a remote broadcast environment is paramount," said Chris Golier, NHL Vice President of Business Development and Innovation in a press release. "HyperX is the category leader in headsets and we are thrilled to partner with them to provide Cloud headsets to our talent and competitors for a superior audio experience this NHL GWC season."

The 2021 NHL Global World Championship is set to feature a $100,000 prize pool, and officially kicked off in April 7, continuing to run all the way until July 24, with competition spanning both North American and European tournaments.

"As players compete on the virtual ice to be named champion, hearing every detail and communicating effectivity is crucial," said Daniel Kelley, vice president of marketing, HyperX. "HyperX's best-in-class gaming headsets deliver the ultimate sound stage and comfort, paving the way for players to achieve their best."

The financials of the deal are yet to be disclosed.

It lands precisely a month before the title's launch on the PS4 and Xbox One.

NHL 21 will be revealed today

The next entry in the series will be unveiled on August 24.

EA has revealed that this year's entry in the popular NHL series won't release until October. 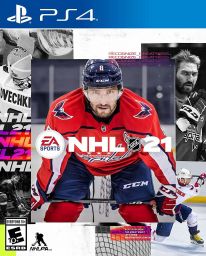