Dead Space is without doubt one of the best games of the last console generation, with its mix of horror and action and near-perfect world design. It was Visceral's finest game at that point, and it probably still is (at least until we get their upcoming Star Wars project; we have high hopes for that).

When you hear more about the origins of the game's central concept, it starts to become clear why it's so bloody good, and that's because it draws influence from the System Shock series, and more dominantly, Resident Evil 4.

"Originally, we were pushing around this idea of maybe we could make System Shock 3. And you can look at the Dead Space blueprint and be like, 'Oh, this is kind of like System Shock,'" designer Ben Wanat told PC Gamer.

"To do a System Shock 3, you're really tackling a monumental task, to make people happy with a sequel that wasn't made by the same team as the original. It was like, 'Everybody, get your System Shock 2 copy, play it start to finish, and let's figure out what we're going to do,'" Wanat explained when discussing the early days of development. "Then Resident Evil 4 came out and we were like, 'Oh. No, this is the shit.'"

"When Resident Evil 4 came out, we were just awestruck by it," Wanat said. "We were all playing it and we were like, 'Holy shit, this is a really awesome game. They're actually trying to tell a story; they've got some cool cinematics; the gameplay systems are fixing a lot of problems, bringing it into this action realm but keeping this intense horror feel to it. It was this amazing combination and—oh, the enemies were so freakin' cool."

"It's pretty obvious when you play Dead Space, to look at it and go, 'Yeah, it's almost like they decided to make Resident Evil 4 in space,' which is exactly what we were doing." 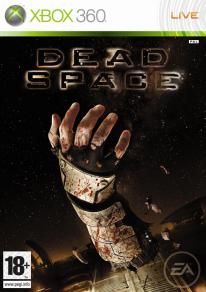