Late yesterday, the Italian developer Milestone finally revealed the first gameplay from the upcoming Hot Wheels Unleashed. It's clearly a classic arcade racer but with a dash of F-Zero thrown into the mix, and actually looks like good fun with some really bizarre tracks.

As it is a Hot Wheels branded game, we can look forward to some over the top automobiles and bright colors, and there is also multiplayer both locally and online. Hot Wheels Unleashed launches on September 30 for PC, PlayStation 4/5, Switch, Xbox One and Xbox Series S/X.

Take a look at the roughly two minutes long gameplay trailer below:

The racer is set to release on all modern platforms on September 30.

The game will be arriving on September 30.

If the store listing is anything to go by, it's set to launch on September 29. 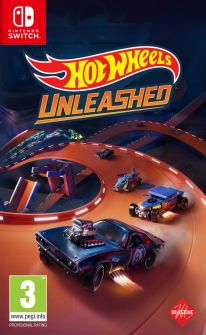