With Horizon Forbidden West planned for both PlayStation 4 and 5 consoles, we took a moment to produce a rundown to present you with information regarding the graphics, performance, and technology that this new title will offer on both platforms.

After showcasing almost 15 minutes of gameplay, Guerrilla Games wants Aloy and Horizon Forbidden West to still be the centre of attention. But, with the game officially coming to both old and new-gen PlayStations, it's time to talk about differences.

The studio itself and game director Mathijs de Jonge have given away some clues that helped us gather together the differences between the PS4 and PS5 versions of Horizon II. And, of course, we are here to tell you all about them.

The differences between both generations in terms of hardware are clear. According to Game Informer, Guerrilla stated that the upcoming sequel was being developed for both systems at the same time. However, that doesn't mean that they will miss the chance to try to get the most of out of what the PS5 has to offer.

New specifications means new characteristics. The PS5 version of the Horizon sequel will launch with a performance mode of 60fps. It's unclear whether there will be an option to use this mode in the PlayStation 4 Pro. However, since Guerrilla insists that the sequel will look even better than Zero Dawn on that same system, it's safe to say that we can disregard the idea.

Water seems to be a much more important element in this upcoming title. Such change was hinted by the team, as they mentioned that -jokes aside- underwater scenarios will be deeper than it seems. PS4 and PS5 consoles will process water in different ways - in fact, they will use different rendering systems, which will give the new generation a head start in terms of better graphics and details. That shouldn't come off as a surprise, as it's clear that the PS5 will have an easier time performing the calculations the game may require.

Apart from the level of detail in scenarios and characters -which will be higher in the new generation of consoles-, other aspects, such as the lighting, will also differ between versions. The next-gen version of the game will have Ray-Tracing (it's still unclear whether it will be available in the performance mode as well.) Besides, the light that shines around Aloy, which Guerrilla calls 'Hero Lighting', will not be a feature in the PS4 version of Horizon II, as it will only shine during cutscenes. In the PS5 version, however, it will always be present.

What is the 'Hero Lighting'? If you watched the latest gameplay, you may have noticed that there's a sort of light around Aloy that makes her stand out even in dark environments. Rather than an artistic decision, it seems more like a design feature that is aimed to help players identify and follow the lead character as she moves around the screen.

There's not a single next-gen game that escapes the discussion about loading times. Horizon Forbidden West brings huge changes when it comes to that. According to Vandal, the current PS5 version only takes a few seconds to load the game.

According to Mathijs de Jonge, the game director, it takes around two minutes to load in the case of the PS4. That's not surprising, especially given the time it takes to load the first Horizon game on PC. In any case, it's a huge step, which we have already witnessed with titles such as Spider-Man and the Demon's Souls Remake.

Both the controller features and the sound system differ between versions. This is due to the fact that, with Forbidden West, Guerrilla wishes to make the most out of PlayStation 5's DualSense and 3D Audio - two features that PlayStation 4 just doesn't have.

The studio has shared very few details about these two characteristics. However, they remarked how important they are to achieve immersion, especially for a game that aims to go all-in in this sense. Sound is also a key element in Horizon 2, as it lets us hear the smallest details if we tune our ears.

Regarding the features of the PS5's controller, Guerrilla has stated that they will make use of the haptic feedback. Besides, they are working on a way to make the R2 button reproduce how the string in Alloy's bow tightens as best as it possibly can. On top of that, we expect to see different trigger responses.

For now, the upcoming Horizon title doesn't have a release date, and the team still hasn't confirmed if it will launch in 2021. They still don't have all the answers, but at least we know which aspects will make a difference between the two versions of Horizon Forbidden West. We hope that we can get our hands on it before Christmas comes around.

The next game in the God of War series was delayed yesterday.

Still no exact release date, however.

The show starts at 10pm BST.

Some gameplay is on the horizon, you could say. 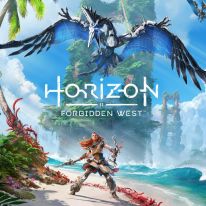