For the time being, the Hitman 1 GOTY Access Pass will be free for all PC owners of Hitman 3 who purchased the game within the first 10 days of launch.

We got creative with gravity and a big lamp.

Agent 47 will be going all around the world to end the trilogy.

Agent 47 is back for one last hurrah.

Hitman 3 details everything you need to know in gameplay trailer

Agent 47 will look better and have a bigger arsenal of weapons, gadgets and...well...anything you can throw.

For our PS5 launch stream, we chatted with Mattias Engström from IO Interactive.

However, they will feature PS VR support for PlayStation 4.

Plus, IOI sweetened the deal with a first look at a new location: Thornbridge Manor, Dartmoor.

IO Interactive has outlined what players can expect from the next Hitman.

Hitman is heading into a world of VR

The entire World of Assassination trilogy will be playable via PSVR.

Developers working on the game discuss how the third entry in the trilogy will tie things together.

Hitman 3 will feature six locations, all accessible on day one

IO Interactive's Hitman 3 is a darker, more serious entry than fans are used to and all levels will be accessible at launch.

We got our first look at the new Hitman during Sony's PS5 gameplay event. 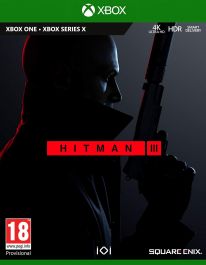