The world of Mad Max is filled with dust, death, motor oil and chrome. Avalanche's take on George Miller's vision has all of that in spades if you're willing to sink hours after hours on exploring the dunes, crags and chaos. The game features car and melee combat against multiple opponents with plenty of explosions to boot. It's a very traditional take on open world sandbox games where the box is wide but a tad shallow. The basics are all there if you're still a fan of the genre and don't mind the lack of innovation.

On PC the game's quite a looker too, squeezing every bit of diversity out of its wasteland setting especially during the raging sandstorms.

Check out screens of the game captured on PC/Steam on (almost) the highest possible setting. What do you think? Also be sure read up on Mike Holmes' review. 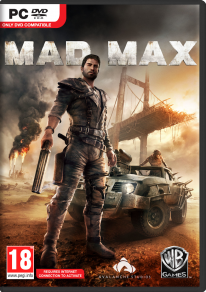