Wargaming.net has revealed some more details about the Grand Finals for their Wargaming.net League, where 12 top tank squads will battle for $300,000 USD in prize money, not to mention the chance for glory in battle.

The venue for the grand finals will be the VTB Ice Palace in Moscow, Russia, which isn't only the first Grand Finals in Russia, but it's also split into two stages over four days. The group stage will run fro May 23 to 24 in a studio, before the action heats up in the VTB Ice Palace for the remaining teams to battle from May 27 to 28.

"There's no denying CIS has a giant and passionate World of Tanks audience, so we thought it was about time we brought Grand Finals back to where the game was born," says Mohamed Fadl, the Head of Global Competitive Gaming at Wargaming. "It also presents us with a fantastic opportunity to share some exclusive details about our huge, upcoming updates for World of Tanks, making it truly an event not to be missed."

There are a whole host of activities planned during the finals too, allowing you to follow your favourite teams as well as improve your own skills. If you want to watch the action in person, though, you can do so for free again this year. As if all this wasn't enough, Wargaming.net also promised news on a Grand Pack bundle to "enhance your experience," with more news coming soon.

You can watch all the action unfold on the WG League stream or on Twitch, and a trailer has also been released to tease you even more, which we've included below. Is World of Tanks one of the most tactical esports out there? 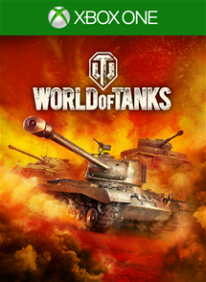