The minimum and recommended requirements of the PC version of Rage 2 have been confirmed, as well as some of the unique features coming to the game on PC. Players can choose ultra-wide (21:9) and ultra-wide (32:9) resolutions if they have monitors for that, and, if their rig is powerful enough, they can also play Rage 2 with an unlocked framerate. What kind of PC do you need to play? Just check below. 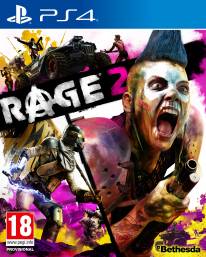