Paradox Interactive has stated, that their World War II themed grand strategy game Hearts of Iron IV has sold in excess of half a million copies. Considering that this is a PC game with a fairly niche audience, it's a feat worthy of celebration.

Hearts of Iron IV recently had its first expansion called Together for Victory. More info can be found here.

So in spite of what you might have heard, World War II aren't dead and gone, and perhaps they're mounting a comeback... 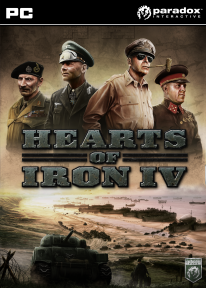