Gunfire Games has released patch 1.03 to Darksiders III, effectively disabling the HDR feature in the game. The patch notes only refer to issues regarding HDR, issues that forced the studio to disable it while they work on a solution. The issues were caused by Patch 1.02, as HDR worked fine before that update.

On Reddit, some users had already complaining about HDR blowing up colors, as you can see in the pic below, taken by Reddit user u/Xanat0s7. At the time of writing, Gunfire Games had not released a new patch or offered an update regarding the HDR problem.

If you've not played the game yourself and you're curious about what it has to offer, check out our HDR-free review right here. 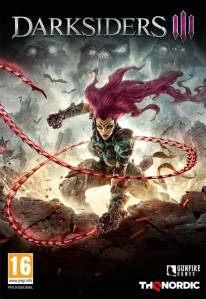