Destructive Creations, makers of Hatred, is releasing a new game by the name of Ancestors Legacy, and the game's multiplayer is currently in an open betaphase, with the full thing scheduled for release in early 2018.

While not quite as dark and edgy as the 2015 misanthropic shooter, Ancestors Legacy will still be plenty bleak and gory. As a squad-based RTS set in the dark ages you'll be hard-pressed to find optimism and cheer mixed in between Viking axes and Anglian swords.

Their previous game wasn't exactly a hit, and in fact during a recent interview with PCGamesN Tomek Gop, producer and designer at Destructive Creations, had this to say about Hatred:

"I was not part of the team then, so I have only heard stories about it. But [Destructive Creations] was created by a guy who had a dream of making a very particular game when he was very young. The game looked and felt like it was - I think you could say a wet dream of a 14-year-old guy [laughs]. When he first played games like Postal he became a fan."

Ancestors Legacy aims to introduce new players to its mechanics and ease off of punishment as a learning tool while respecting veteran players. Heavy on history-based tactics, you'll be expected to exploit formations, line of sight, and the environment to gain the upper hand over your enemies.

There will also be resource management for those of us with an inkling towards base building, aiming to grow your settlements and increase the size and reach of your army by networking and creating routes for your peasants and workers. Be warned though; if a central node in your network is taken you'll have to retake it quickly lest your delivery routes buckle.

Also featuring traditional multiplayer modes, Ancestors Legacy puts a twist on it, letting you share resources with a co-op partner in 2v2. This allows for cross-base unit recruitment and opens up a whole can of new tactics for you and your RTS mates to discover.

Not ones to remove themselves entirely from their bloody past though, Destructive Creations do have a lot of grisly details and gore in store for us on the battlefield. Kill animations exist a-plenty, with hangings and stake-burning of villagers and soldiers as a nice little cherry on the top of the body pile.

Do you think Destructive Creations can bounce back from Hatred?

Beta up and running, new trailer and screens land.

Destructive Creations is out for redemption with new game releasing early 2018. 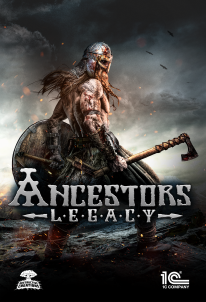