Details have emerged of the Half-Life digital trading cards that were never released, originally planned to go with the 2013 Steam Summer Sale.

Valve hired artist David Thany to not only create Half-Life cards but also to create badges and emoticons for the Summer Sale in 2013. They were never used, however, and Thany speculates that it may be because they appeared more like the sequel than the original. From what we can see this appears like a viable reason not to use them, as they do look quite similar to the sequel. 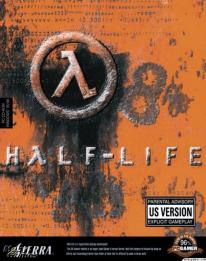