Kotaku reports that Guitar Hero 7 was in development at Vicarious Vision before ultimately being cancelled in 2011. The game was set to feature a new guitar controller with six strings (not a real guitar though), and skip singing and drums. The core idea was some sort of dynamic venues that would change according to the song.

"They realized that with a setlist of over 80 songs, a music video unique to each song was out of scope as well. So pretty much every song was in the tomb or the back of the moving truck, with different lighting and camera cuts, and maybe a little graffiti. So they had a game that looked bad, had bad music, had very limited venues, and more was getting cut as time went on," Kotaku's source said.

Guitar Hero 7 was in development

Development was a "disaster". 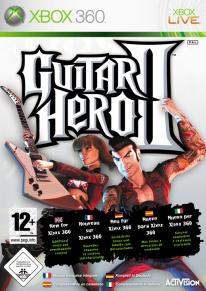