Grand Theft Auto Online has received another adversary mode today called Land Grab, one that sees you and your team run around in bright neon colours trying to conquer territory and take down enemies.

In Land Grab, four teams battle it out across seven new maps in order to claim territory, marking it a neon colour as they capture it, and the team with the most territory at the end of the time limit wins.

As if that wasn't enough to entice you into the new adversary mode, there's also double GTA$ and RP in Land Grab until April 24. Does this sound like a more tactical battle than other adversary modes?

Many players believe that the new-gen versions don't look any different.

The new-gen version will now be landing in March 2022 after a delay.

The game is eight years old and still sold more the last three months than most games do in their lifetime...

It would represent a gap of over a decade between entries.

GTA Online for Xbox 360 & PS3 will shut down this December

An era has come to an end. 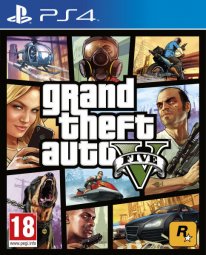