After being removed from Steam earlier in January, Rockstar has announced that GTA IV and Episodes from Liberty City will return to the store and the Rockstar Game Launcher on March 19, this time as the Grand Theft Auto IV: Complete Edition.

There are a few important changes, however. The good news is that the hilariously awful defunct Games For Windows Live service, which was Microsoft's previous attempt to integrate PC gaming with Xbox, has been entirely removed. This was the reason Rockstar removed the game in the first place since the shutdown was preventing new activation keys from being generated.

The bad news is that this means there will be no multiplayer mode or leaderboards anymore, which will inevitably disappoint players who enjoyed causing mayhem online. Also noteworthy is the removal of several radio stations from the DLC like RamJam FM, Self-Actualization FM and Vice City FM, although these are listed as being temporarily unavailable.

Currently, if you own either GTA IV or Episodes from Liberty City you'll be getting a free upgrade to the other since the Complete Edition combines the two. GTA IV players can expect a 6GB download whilst EFLC will get a much bigger 22GB download. Don't worry though, all your previous save files will still be compatible.

What is up in the air is the mod support, however. Previously, players would need to downgrade their game to a different version to use the huge number of mods available like graphical overhauls, for example. It's unknown if they'll be compatible or not after the update, although it's likely that the community will find a way.

Are you looking forward to bowling with Roman again?

GTA IV is returning to Steam as the Complete Edition

The update applies to Episodes from Liberty City as well and will remove several key features such as multiplayer.

Rockstar is committed to the game it seems.

All the music from GTA on Spotify and iTunes

The curtain is closing on the current console generation. Here's some of the greatest moments to have adorned our consoles in recent years. 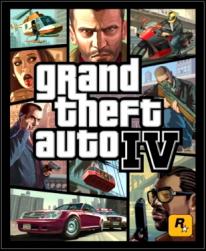