GSC Game World went under in 2010 admidst work on S.T.A.L.K.E.R. 2, may former GSC Game World members have found new games at 4A Games (Metro series) and Vostok Games (Survarium). But the original S.T.A.L.K.E.R. studio has now been resurrected and is working on a new project (unknown what it is, but the assets from previous S.T.A.L.K.E.R. titles and tech has been retained).

Speaking to GamesIndustry.biz, spokesperson Valentine Yeltyshev, said this of the company's closure in 2010:

"Well it's a combination of issues, not just a financial one, and it was also a personal decision by our CEO. Actually, STALKER 2 was in the middle of development, but we started to realise that we weren't ready to complete the game at the level of quality that we thought it should be. That was connected to a lack of specific people in the team."

"It was a difficult decision, because the team was working towards a full-scale game, but they and our CEO understood that the game just wouldn't be at the level we wanted from STALKER 2. There was also a problem getting interest, and the right money, from publishers. We were offered funding once we reached alpha. Actually we would have been able to fund the entire development ourselves, but we still weren't sure we'd be able to sell it once we'd got to alpha."

Another interesting answer was Yeltyshev's response to West Games' and their crowdfunding campaigns for a game they now call STALKER Apocalypse:

"I don't really know enough about them, but the story is quite funny. These guys were basically promoting themselves as being the STALKER team, that they were working on STALKER, but that's not true. When we were working on STALKER 2, we were also planning on releasing a browser game based on STALKER so we could keep the audience engaged until released."

"That project was never finished. There were mistakes. But the guys at West Games, that was the STALKER project they were working on - a flash game. So when they promoted themselves as having worked on STALKER, I was quite surprised. We would definitely win the legal action against them, but we won't start it. They used a lot of the ideas from STALKER... I don't know what they were thinking, starting that. I haven't heard from them for quite a while."

Though, Yeltyshev had little to say about the new game at this point, he did confirm that they are target an older demographic and that it will be a fulll priced experience (none of that modern free-to-play stuff) that should appeal to their old fans.

Could it be that S.T.A.L.K.E.R. 2 is being resurrected? Or is it another spiritual successor? Or something completely different? That remains to be seen. 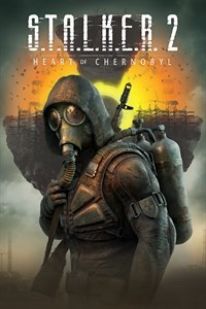