Simbin Studios are set to launch their first console effort - Race Pro for the Xbox 360 in January next year - and this is a trailer showing off one of the tracks - Road America.

Here is a fluffy promotion text about track stolen straight from the press release (I guess that's what it's for):

"Road America is one of only a handful of road circuits in the world which has maintained its original configuration of 6.515 km in length and 14 turns since it first opened in 1955. The track is located in Wisconsin, USA, halfway between the cities of Milwaukee and Green Bay.

The track has many elevation changes, fourteen turns, and a long front straight where drivers can reach speeds up to 300km/h. Road America is a very challenging track with high speeds gained on the long straightaways offset by hard braking zones and subtle turns that can catch out even the most seasoned drivers. Finding the ideal braking zones takes time and practice, but mastering these can help gain crucial tenths of a second vital in winning races at Road America.

One of the best known features of this course is a turn on the backside known as the "kink" following the 180 degree turn called the "carousel". The "kink" is a wild corner that should be tackled with caution and respect as it is sharper than it looks, has walls on both sides and no run off. Start by braking, and then work up to just lifting as you become familiar with it." 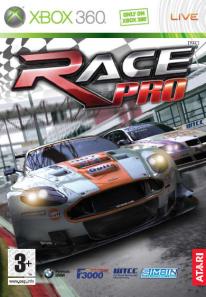