Obsidian Entertainment's Grounded has now received a pretty major update called Shroom and Doom. And mushrooms are a big part of it as you can now harvest all those mushrooms and build pretty spectacular stuff with it - like a medieval castle. The first boss, Broodmother, has also been added for people who really want good loot.

There are plenty of other stuff as well like the ability to have pets, which Obsidian claims was one of the most requested features. And Grounded finally now has got Achievements. Head over this way to see what you need to do to get those sweet 1000 points.

Pets, Achievements, and bosses have now arrived to the survival game.

Grounded's next update makes me hate spiders even more

It will be coming to the game on June 30. 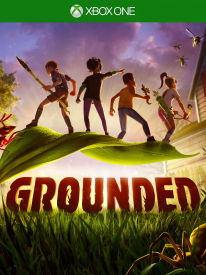