Codemasters has given us a brand new trailer for Grid that's designed to Get Your Heart Racing, and it showcases the choice players have when it comes to cars and tracks in the game, racing our way on PC, PS4, and Xbox One on October 11.

The video shows off the Audi R8 1:1 and a Honda CRX MightyMouse, as well as Zhejiang and Brands Hath circuits too, so don't miss this if you're excited for Grid's return next month.

"As a team, we wanted to capture the essence of the original Grid which, in its day innovated the racing genre with best-in-class handling and the introduction of Flashback. We want to build on Grid's legacy and create a game that focuses on three core pillars of choice & accessibility, motorsport stories and racing for glory, all of which are captured in the trailer," said Chris Smith, Game Director at Codemasters.

"Accessibility and Choice allows players to race their way with handling options for both the core sim racer and casual players. Secondly, it's about Glory and Prestige. We want players to feel excited no matter where they finish - whether that's in first place or coming out on top against your arch nemesis. Lastly, it's about the unpredictable stories that happen in Motorsport; it's why we watch motorsport on TV. It's the drama and those the key moments that get you sitting on the edge of your seat. Grid isn't about a procession of cars. It's tight overtakes, bumper-to-bumper scrapes and competitive racing action. We want everything including the car to be able to tell a story at the end of the race through its bumps and scrapes. Grid gives players drama, excitement and unique motorsport stories in every race."

Are you pleased to see Grid returning? If so, check out the new screens below. 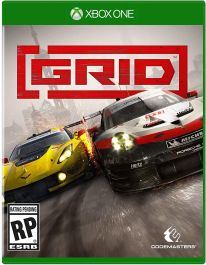