Once per week, Epic Games Store offers two free games for its loyal users, and it's no different this time.

From now to October 29, you can get Double Fine's action game Costume Quest 2 which perfectly has the Halloween theme settings and turns players into powerful Hallo-warriors, your goal is to fight off a legion of hygiene-obsessed baddies. Then we have Layers of Fear 2, developed by horror master Bloober Team, players can get ready for a spooky adventure in the shoes of a mad former filmmaker.

Not only that, Epic has already revealed next week's free deals altogether - Blair Witch and Ghostbusters will be available from October 29, right after Costume Quest 2 and Layers of Fear 2.

Last but not least, Epic is also holding a big Halloween sale, a lot of big hits including Red Dead Redemption 2, Crysis Remastered, and Borderlands 3 are some good deals you can look into.

Next week Blair Witch and Ghostbusters will also be coming for free.

This must be one of the franchises that this move makes the most sense for.

European Playstation owners don't get their hands on the game before Halloween.

Majesco indie label Midnight City to do the publishing. 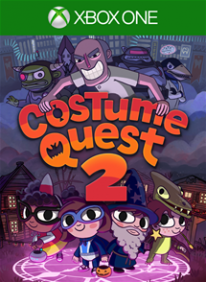