Giant Sparrow's imaginative and deeply depressing (yet also surprisingly uplifting) family story of the Finches is a game that we will remember from 2017. An experience that typically lasts a couple of hours, What Remains of Edith Finch tells the story of a seemingly cursed family, of children lost, and of tragedies. It's a narrative adventure where each family member gets a short episode of their own with distinct visuals and mechanics.

This is Giant Sparrow's second title after 2012's The Unfinished Swan (first released on PS3, later appearing on PS Vita and PS4), but whatever similarities there may be between the two games were lost on us, other than the fact that it's clear that they both had something to say; a voice of their own. Giant Sparrow has taken their time with each release, but it's also clear that the time has been well spent on fleshing out every minute the player spends in What Remains of Edith Finch.

What really helps sell the adventure is the mansion itself, and the incredible attention to detail that's been put into each and every room. It really feels as if every single item in the world has been placed there with purpose, and every little detail helps tell the story and the various lives that have played out in the building. It feels lived in and real, even when the narrative strays far reality and edges towards the supernatural.

The entire game takes place inside or near the Finch mansion, a building that was constructed after the original Finch house was lost at sea during a storm when the cursed family made their way across the Atlantic from Norway. In fact, it was lost just off the coast where the new house resides. Why would anyone would transport a house across the Atlantic? Well, this is just one of the peculiarities about the Finches that you'll learn about in the game.

We truly cherished the Halloween-flavoured horror chapter starring Barbara and the daydreams of Lewis, but this isn't a game of one or two highs, as the entire adventure kept us captivated and invested; there wasn't a dull moment to be found. Another point that needs to be made is about the narrative itself, how the diary lines manifest in the environment, as this is truly immersive and really helps focus the player's attention without wrestling control out of the player's hands.

Edith herself has never been inside most of the locked rooms in the mansion, as they were sealed off when a member of the family passed away, and instead new rooms were built to accommodate new Finches. The house itself is detailed and characterful, every room full of things that tell us just who the person was who used to live there before. The curse that plagues the family sees certain individuals taken long before their time, and perhaps it's how the game deals with the loss of children that's most deftly done. It's such a delicate subject matter, yet here it's often portrayed in a dark, yet playful manner. A juxtaposition that can't help but affect the player, no doubt, and there are few if any games that'll take you on an emotional rollercoaster like this one.

This is one of those games that will no doubt stand the test of time and be as relevant and captivating if experienced a decade from now. That's a distinction that cannot be given to most games in this day and age, but What Remains of Edith Finch certainly comes across as timeless. This is one family that is going to remain long in the memory.

"It's a beautiful, well-crafted, moving, and highly memorable experience that you owe it to yourself to experience..."

What Remains of Edith Finch is coming to iOS in August

It was first released on other platforms back in 2017.

Did you know What Remains of Edith Finch started as a scuba diver simulator? We also talk about Giant Sparrow's new game and more with creative director Ian Dallas.

From January 10 you can dive into Giant Sparrow's story-driven game for no extra cost, following Super Meat Boy's free period.

A powerful and emotional narrative experience that lives long in the memory.

What Remains of Edith Finch goes physical in early 2018

For all collector's out there... 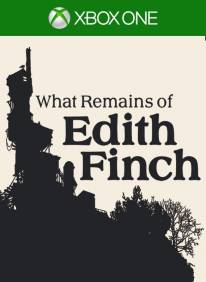 The Last Show of Mr. Chardish