In a somewhat shameless attempt to try and get pre-orders for their game Dragon Ball Xenoverse 2, publisher Bandai Namco has revealed a bonus character for the game. They say that there's a limited amount of the Day One edition available to purchase, but in return you'll get Goku Black and 'Tao Pai Pai Stick Vehicle'.

The game is releasing October 27, but they've already shared some of the content for the first DLC that will hit after launch. This was shared on Twitter where they announced that characters Frost and Kyabe will be part of the DLC.

Check out the pre-order bonus in the trailer below. Will you pre-order now you've seen the wonderful Goku Black? 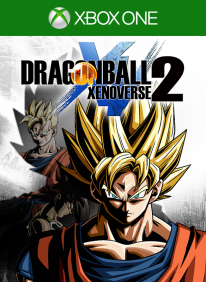