Black Forest Games has announced that Giana Sisters: Twisted Dreams will be available for PS4 on December 10 in Europe, and one day earlier in the US. The game will be released on Xbox One on December 12.

The HD version has received optimised graphics and an improved framerate, and there's been some changes made in terms of accessibility, like you can choose every world separately. Everything that was released with the Giana Sisters bundle is part of this new edition, so we'll get Rise of the Owlverlord included as well. The new multiplayer mode coming on December 5 to PC will be missing in the console version, but if the game gets a good reception, Black Forest Games will add it in later.

In the Owltimate Edition no less.

Coming to a console near you in December.

ARTICLE. Written by Lorenzo Mosna on the 6th of September 2012 at 16

Jumping on the Kickstarter train. 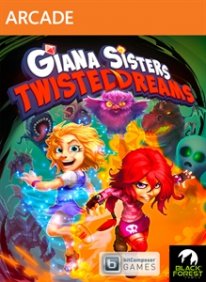 PewDiePie: Legend of the Brofist