When the folks over at One More Level announced Ghostrunner 2 last month they also reiterated that the original was set to make its way to the new consoles this year, something they'll seemingly manage with a significant margin.

We're now told that the PlayStation 5 and Xbox Series versions of Ghostrunner will launch on September 28. Both versions will offer generally better graphics, HDR and ray tracing in fidelity mode. The PS5 version will also have 3D audio and haptic feedback, while the Xbox Series can apparently do 4K and 120 frames-per-second.

"The fast-paced movement mechanics, tasking timing requirements and combat systems, combined with the varied enemies make for a challenging yet fulfilling gameplay experience."

Ghostrunner, Undertale, and NieR: Automata are heading to PS Now in August

NieR: Automata is set to leave the service on November 1.

It also received a new trailer at the second Guerrilla Collective E3 showcase.

Ghostrunner slashes onto PS5 and Xbox Series in September

Ghostrunner is getting a new roguelike mode in a future update

It will also be receiving an assist mode that will offer a more relaxed experience.

The deal also includes "all licenses for the technological solutions used in the game."

The cyberpunk hack and slasher will be parkouring its way onto our stream later today. 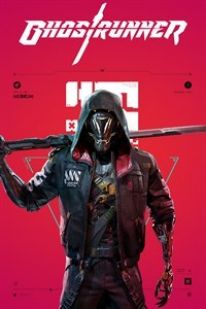