While PlayStation Studios didn't have its own event during E3 or the beginning of Summer Game Fest, the company still had a few surprises in store. One of these was the reveal of Death Stranding: Director's Cut, but it seems like Kojima Production's polarising game isn't the only one making its way to the PlayStation 5 with some new cool things.

The ESRB has rated what's simply called Ghost of Tsushima: Director's Cut for the PlayStation 4 and PlayStation 5. Unfortunately, the rating summary is the exact same as the original, so we still don't know how this version will be different, but expect to learn more about that when Sony officially unveils the project in the near future. 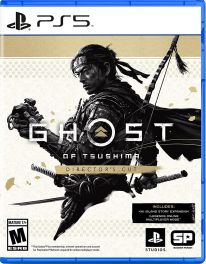