If you've yet to experience the world of The Witcher you may want to look closer at a bargain over on GOG.com where you get both titles from CD Projekt for just €3.58 (85% off). A great way to catch up on the story thus far ahead of February's The Witcher 3: Wild Hunt.

If you've still got spending money available for PC titles after the recent Black Friday sales you'll be happy to know that 750+ titles are on sale over on GOG.com (The Witcher deal is a 24 hour one) during the promotion that runs until December 15.

Other bargains currently available includes a trio of S.T.A.L.K.E.R. titles (€9.97), a massive D&D Collection that includes classics like Planescape Torment, Neverwinter Nights 1-2, Baldur's Gate 1-2 and Icewind Dale for just €16.90 (just be sure you have enough time on your hands to chew through these massive games). 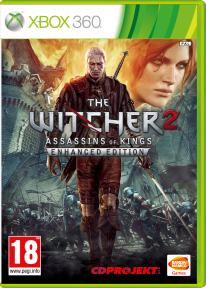