This has been a fantastic week for Mass Effect fans. First Bioware and EA revealed Mass Effect: Andromeda's launch date. Then they gave us a new gameplay trailer. Now they have a special treat for those of you who want a reminder of how a Mass Effect game feels, or introduce new players to the universe.

EA is offering Mass Effect 2 as part of its On The House program, which means that it's temporarily free for Origin members on PC. Not an Origin member? Fear not. It's completely free. If/when you're a member you can just go here to download the great game.

Which Mass Effect game is your favourite? 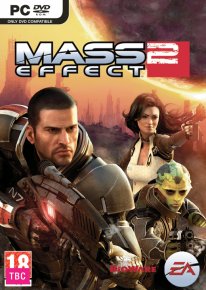