As you probably know, the Game of Thrones writer George R. R. Martin is also the writer of FromSoftware's upcoming Elden Ring. But it turns out his job was actually done many years ago.

In an interview with WTTW News Chicago, he explained his role in the project and his contributions like this:

"My work on it was actually done years ago. These games, they're like movies, they take a long time to develop. Basically, they wanted a world created to set the game in. I worked up a fairly detailed background for them and then they took it from there. So really it's been several years since I've last seen them but they would come and periodically show me some monsters they'd designed or the latest special effects, or [other] cool things."

Martin still hasn't seen the game either and says he is "as excited as anybody else to see it". As revealed on Summer Game Fest almost two weeks ago, Elden Ring launches on January 21 for PC, PlayStation and Xbox.

The Game of Thrones writer still hasn't seen the game either.

Check out the boxart for Elden Ring

The FromSoftware game will be arriving in January 2022.

The title will finally be coming in January 2021.

The long-awaited RPG is coming to PC, PS4, PS5, Xbox One, and Xbox Series. 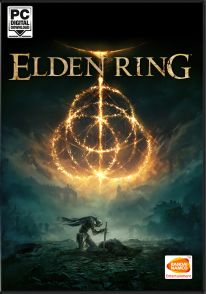